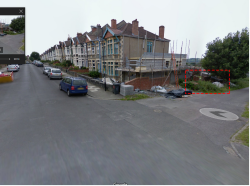 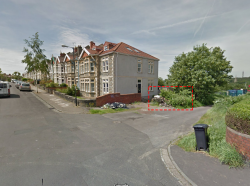 There is still a massive mound of rubble dumped at the mouth of the local allotments.

This has been going on since about 2008.

Random things get added to it from time to time, it's an invitation to fly tip.