Reported via iOS in the Street cleaning category anonymously at 14:57, Sun 22 April 2018 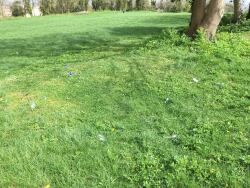 Rubbish left all around the observatory including cans, glass bottles, and single use barbecues. No bins to pick it up and put it in either.