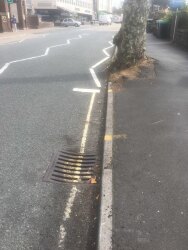 These has been a rotten smell coming from this drain for some months now. When you look inside the drain it appears to be blocked. Given the rainy season is about to start, it would be sensible to unblock it sooner rather than later.