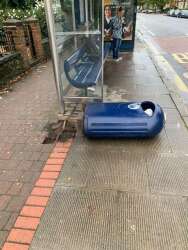 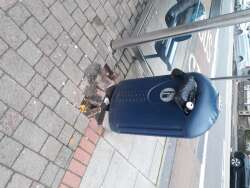 The bin adjacent to the Inbound Alcove Road Bus Stop on Fishponds Road has been knocked out of the round. The first photo was sent to us over the weekend and the second photo shows the current state of the bin after it has seemingly been restood. At the present time the bin has not been secured in the ground so it is a potential health and safety risk.