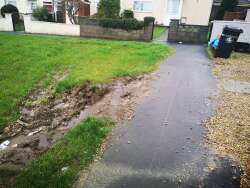 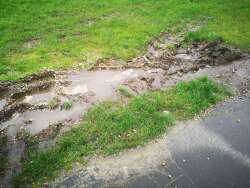 To whom it may concern,

I/we are writing to you with an urgent request for work to be undertaken to ease the dangerous parking situation at Spartley Walk in Highridge BS13 8DJ.

A number of years ago a considerable chunk of the unused green was removed by the council and that provided the very thankful residents with much needed space. As a side note to this there were in fact only enough spaces at that point in time for 4 cars so serve 16 households.

As time has passed a combination of new family's moving in and the walk's own progeny coming of age has resulted in more cars, this situation has now become untenable. We simply have more cars now with insufficient spaces for them, this has not only had the effect of damaging the community spirit but also affected the mental health of some residents, in fact the stress of parking has not helped at all with one resident’s mental health and has indeed contributed to it.

Our special bond neighbourly spirt is not quite picture postcard but it is friendly and we help each other out with lots of friendships intertwined, so much so that one resident has not put in for a rightly owed disabled parking bay as not to offend any of his fellow residents, such is the courtesy shown to others.

The current nightmare of traffic volume is putting that spirit under a great stress, so we the vast majority of the walk’s residents put to you in what we feel would be a cost effective option for the council. We request that a small slither of ground to be removed outside numbers 13,12,11,10 and turned to a hard standing, or at least vehicle friendly traversing road. This will enable those houses listed to turn their front gardens to driveways (at their own behest). This will have the effect of freeing up some 5+ much needed spaces and go a very long way to restoring the community spirit within the walk.

One must also stop to consider that with much shunting, manoeuvring and reversing which now has to happen due to the over crowdedness with at least 8 children in the walk having more space will make it that much safer, we feel this needs to be addressed as a matter of urgency.

We the residents feel this will be the most cost effective option especially when you consider the residents own costs of converting their front gardens to driveways, which I would like to add is something that some residents may have already tried to start the process for.

In addition, we feel this will also aid the BCC grass cutting service who does struggle to access the green due to the parking situation.

I copy in those residents who have provided their emails and who are behind this totally, but I am fairly sure I speak for most of the residents when I say this is a common sense approach that carries their support to alleviate the current situation.

I have included a few photos for your viewing to aid visually what we are proposing to you at Bristol City Council.

We look forward to hearing your response.

This report is now closed to updates. You can make a new report in the same location. Please reference 2076341 in your new report if it is an update on this one.