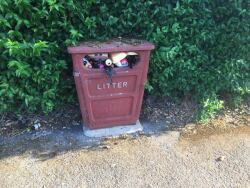 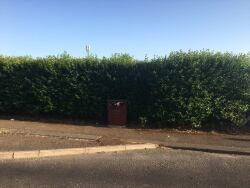 Bin is near to overflowing and has not been emptied for at least a month.