Reported in the Carriageway Defect category anonymously at 12:00, Mon 6 July 2020 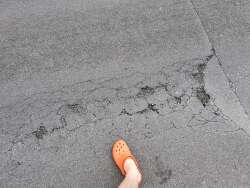 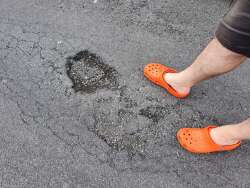 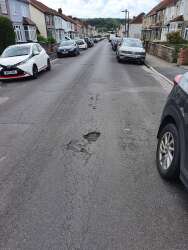 Long road defect outside #179 Bloomfield Road. In total about 3m long, with cracked tarmac and a depression liable to completely fail soon. Large 1ft round pothole at one end which is expanding. Chips and loose tarmac and stones are being thrown up damaging cars.