A fair few metres of rubbish, bins and bad recycling obstructing the pavement

Reported via desktop in the Rubbish (refuse and recycling) category anonymously at 11:23, Fri 16 October 2020 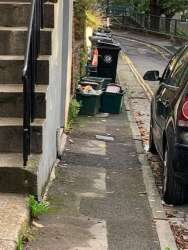 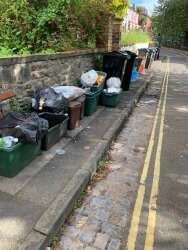 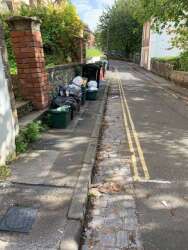 The 4 student houses on marlborough hall place, no's 5,6,7,8 have had rubbish, bins and bad recycling obstructing the pavement for several months now. The bin workers do not take the rubbish or recycling. It is a mess and it is getting worse. The 4 houses all have large front gardens but the bins and recycling bins are never in the garden . They remain permanentally on the pavement. Obstructing it. This has been going on for several months now because I walk past these house on my way to work every day. There is now a risk of rats.