Reported via mobile in the Car parking category by Residents of the Homeleaze Road at 15:53, Tue 29 December 2020 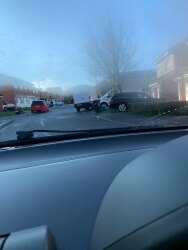 New Tenants of the property number 70 keeps parking on the paths outside house on the corner which is blocking the safe view on the junction. People are forced to walking on the road because paths are not clear to use them because Vans using all of them. This situation is ongoing for long time. Those people are foreigners so maybe don’t understand the citizens rights how to live with rules of good neighborhood. We don’t want to report this to Police yet but polite later from Council could be a good idea to give them a reminder how to park legally.

This report is now closed to updates. You can make a new report in the same location. Please reference 2452193 in your new report if it is an update on this one.