Builders closed road. 90 flats, no access for bin lorries, residents or emergency vehicles due to being to scaffolding making the road too narrow

Reported via mobile in the Obstruction category anonymously at 15:19, Fri 8 January 2021 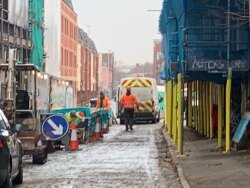 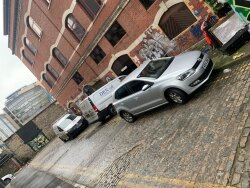 Wilder Street is a dead end and has been closed despite there being 90 flats who now have limited to no access. This has been going on for months, bin lorries can’t get down, missed collections, people have been unable to get to work some mornings due to works and there is also no access for emergency vehicles. How has this been signed off by Bristol City Council? There are builders parked everywhere on double yellow lines but apparently it’s legal because they have apparently “closed the road”. Bristol Council have said they won’t ticket them because of the closed road sign. It’s an absolute mess with litter everywhere, it’s not fair on residents to have this disruption and not even be notified by the council or compensated. We have had to pay for private waste removal as Bristol City council have actually said to us that they are unable to access the street where there are 90 flats, to collect the rubbish. Every department says that it’s the fault of another department and there is nothing they can do about it. Please can someone help as no access for emergency vehicles or bin lorries is a health hazard.

This report is now closed to updates. You can make a new report in the same location. Please reference 2467968 in your new report if it is an update on this one.