Reported via desktop in the General Highways Enquiry category anonymously at 14:37, Wed 3 February 2021 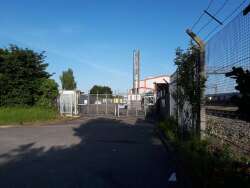