Alley in a disgusting state with dangerous glass, bottles and debris around

Reported via mobile in the Pavement Defect category anonymously at 13:33, Tue 30 November 2021 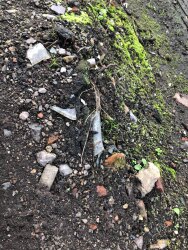 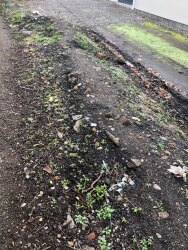 The alley running from Gorse Marsh Lane to Hendre road is in a terrible state. The alley is used by many walkers, cyclists etc as it is a shortcut taking you directly from between houses to just across the road from Gorse Marsh park. There is a great deal of rubbish, glass and debris embedded in the soil which is very dangerous. The lane to the side is private, but the public pathway, used by many, is not fit for use and could easily lead to serious injury especially for children. There are lots of bottles and cans dumped along the way also.

This report is now closed to updates. You can make a new report in the same location. Please reference 3151571 in your new report if it is an update on this one.