Domestic refuse on the pavement

Reported via iOS in the Rubbish (refuse and recycling) category anonymously at 10:31, Sat 11 December 2021 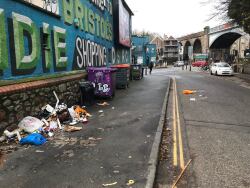 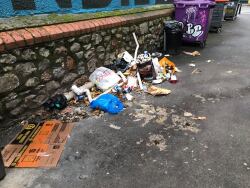 A large amount of domestic refuse has spilt on to the pavement, where it has been left for some time.