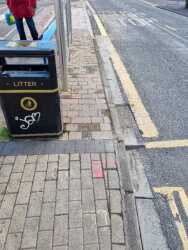 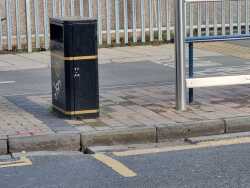 Damaged channel kerb by bus stop - previous reported under FMS ref. 2920257 which has been marked as closed (repaired). However, although contractors have repaired nearby channel kerbs which were the subject of a separate report they have missed this issue.