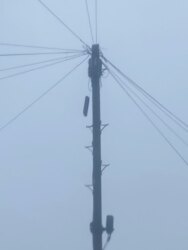 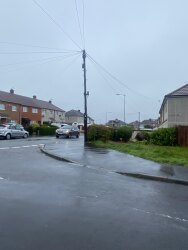 It looks as if the cover of the electric box has broken and it hanging which is making it a risk for people walking underneath it as it is hanging on by a string. Also with the rain it is dangerous to have all of these wires exposed. It has been like this for around a week.