Reported via mobile in the Rubbish (refuse and recycling) category anonymously at 11:55, Tuesday 5 July 2022 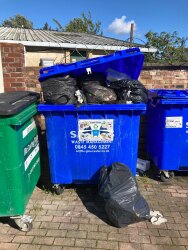 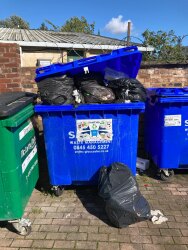 International supermarket mix their commercial deli food waste with their general waste and also don’t get regular bin lifts-as a result, their bins are so foul you can smell them from the street (they are kept at the end of a small side alley next to supermarket-blue smiths bins) files and maggots are everywhere and only getting worse now the sun is out…owners don’t seem to care