Reported via mobile in the Obstruction category anonymously at 10:31, Monday 25 July 2022 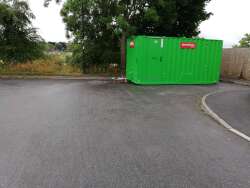 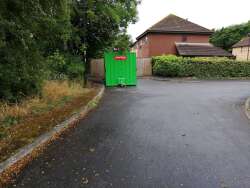 25 July am live west housing have sited a crew cabin on non live west land, onto public highway, its preventing emergency and service vehicles from access to nos 29/30/31/32 Honeysuckle Lane and preventing any turn on the highway. They have failed to site the cabin on their own land and say it will be on the public highway for at least a week. They say they didn't know the road was a public road

This report is now closed to updates. You can make a new report in the same location. Please reference 3703831 in your new report if it is an update on this one.